One of my dear friends just had a beautiful little bundle and named their little blessing Hannah. She’s a perfect little baby. And the woman she carries the name of is so striking in scripture I hope her naming is a small glimpse into the love she will have for her Lord some day.

When I found out I was pregnant for the first time I was terrified! I’m not really a baby person. I love the tiny, helpless, pictures of Gods love to the world. From a distance. Sleeping in their mothers arms for instance. Or giggling at one of those natural kid people. I’m the person who makes them cry when you hand them off, and then I stand there awkwardly until you take them back to calm them. So, when I found out I was about to have one of my own I cried! I was so scared and completely under prepared feeling. Then to top it all off there’s the risk of miscarriage. 1 in 4. That’s really high! Suddenly, the story of Hannah seemed very relevant to me, even though I never had experienced the loss of barrenness, or the death of a child. I could almost see into her heart and feel her pleading with me to not only cherish my child dearly, but give them up to God even before I knew anything about them.

Hannah was the barren wife of Elkanah. Usually this would be the worst of curses in her time, especially when she is one of two wives. And the other has born children for her husband. It was seen as a deficiency in the woman to begin with, but to have another woman with healthy children from the same man would have made her seem like an even bigger failure at the one thing women were meant to do. Have babies.

For her there wasn’t anything she wanted more than a baby. While she was dispised by her rival, she was well loved and cherished by her husband. He gave her the better portion of his sacrifice, the better station in his home, and cared for her pain and tears. He was a loving and doting husband to her. He even said “am I not more to you than ten sons?” (1 Samuel 1:8) But it wasn’t enough. She felt a strong and bitter pull to caring for a child. And weaping and crying at the temple year after year, God heard her cry and granted her desire in His best timing and greatest blessing.

The child God blessed her with she dedicated to His work. When he was old enough she took him to the house of God and gave him to His service. This small son of Hannah became a powerhouse of the glory of God for his time. He anointed the first kings of his nation in the name of God. He heard the vioce of the Lord as a small child.

This legacy began in the heart of that boys mother, who would not settle for less than what she knew God had for her. Her delight was not in her husband, not even in just having a child. Her delight was in the Lord and His greatness. (Psalm 37:3-6) This she exhibited by giving her child to Him before she had even been given the child in the first place! She didn’t know if she would ever have another, and still she prayed this after she had given her son to the service of God at the temple for a lifetime:

So that is my hearts cry for my children. Would I ever love God more, my desire be set toward Him first. My prayers be that He would do with them what He will and that my will for them would not only be second, but be alined to His. To remember that God’s ways are higher than any other! To remember that first Hannah who had “grace and favor” (the meaning of her name) from her Lord for her faithfulness to His promises. That my children would be as hers. That they would “hear the Lord”. 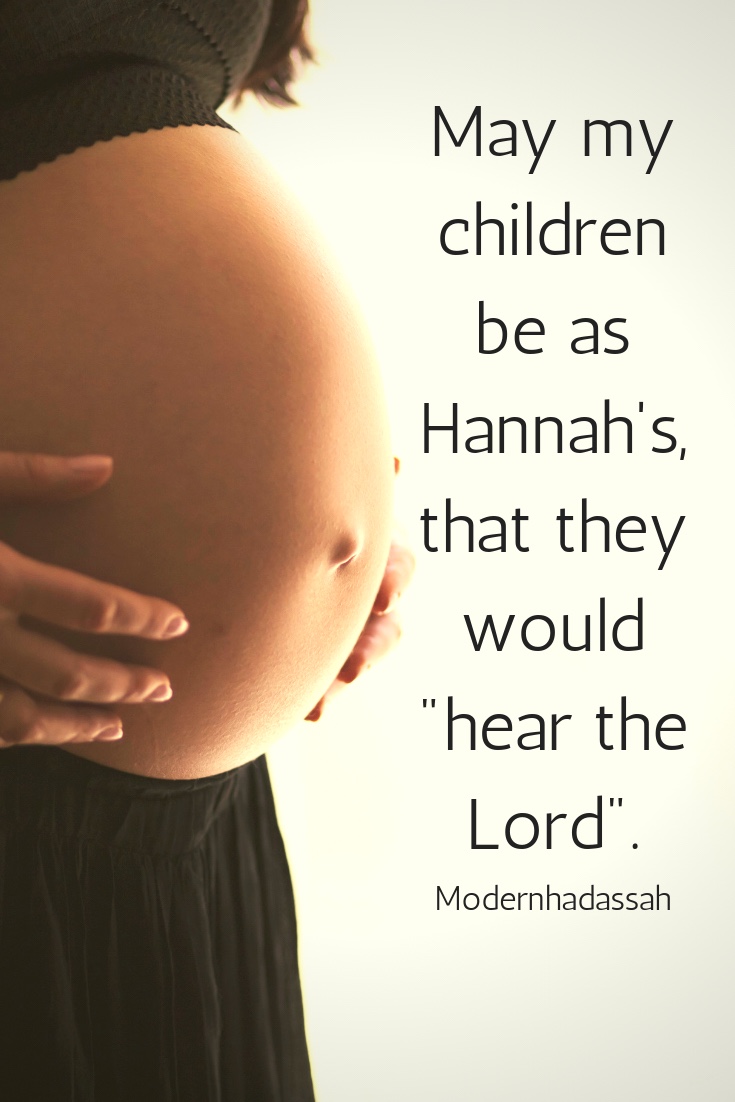