I am so excited today to have the privilege of hosting a work by an excellent writer, Anne Mackie Morelli of The Stones Call.

Anne is a brilliant writer, believer, educator, and counsellor. In brief, she is a woman of faith who has been profoundly impacted by God’s radical grace and love. If you want to know more about her incredible journey this is her full bio at The Stones Call.

I fell in love with this post when I first read it here at The Stones Call and Anne was so gracious to let me repost it here at The Modern Hadassah for all of your benefit. Please, let me know what you think! And don’t forget to look her up to tell her how great her work is!

Formatting here is my own.

The three daughters had a remarkable life. Their family’s prosperity and privilege granted the daughters a certain level of freedom and opportunity, which allowed them to visit the homes of their seven brothers and participate in their celebrations, eating and drinking until the “days of feasting had run their course” (Job 1:5). 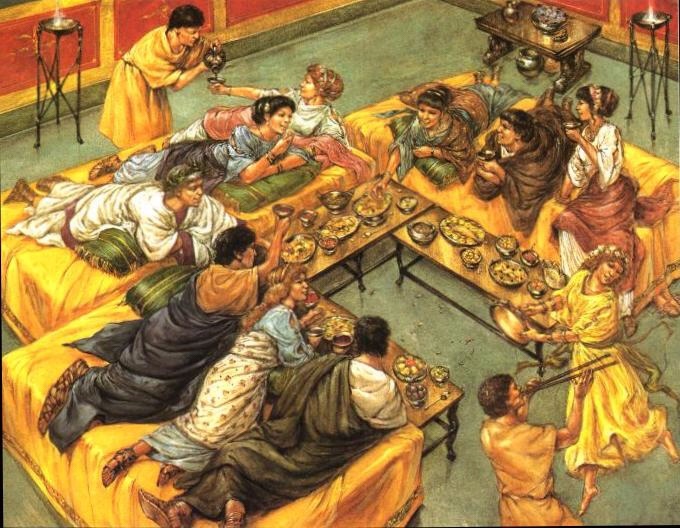 While the daughters’ presence at these banquets was a freedom not generally encountered by women in the ancient world, they were not so recognized that they owned their homes or hosted parties to which they could invite their brothers.[1]

Yet, a series of catastrophes devastated the family. During one of the banquets the roof collapsed crushing the ten unnamed children, killing them instantly.

A True Series of Unfortunate Events

As their father, Job, was reeling from the news of his children’s deaths he also learned he had lost his home and his entire estate had been wiped out. His health becomes compromised and his reputation as a respected elder in the community is shattered.

Job struggled through a long, dark season of intense suffering. Wrestling to reconcile why a good God would allow a good man to suffer such tragedy.

Eventually God restored to Job everything that had been lost, including 10 more children (Job 42:13).

While the seven sons remain unnamed, these three daughters are named.

It is also revealed that, “In all the land there were found no women so beautiful as the daughters of Job; and their father gave them an inheritance among their brothers (42:15).

Job gave his daughters a legacy much grander then simple economics and mere beauty. He sought to emulate his God and celebrate their innate worth.

Carol Meyers contends in her commentary that these details are significant because “this is the only place in the Bible where a father names his daughters. To record the act of naming means to accentuate the importance of a given birth, which is why such attention is primarily given to male characters.”[3]

Meyers also suggests that, “Job undermines patriarchal conventions not only as a name-giver but also in the distribution of property.”[4] She states that, “according to biblical law (see Numbers 27:1-11; 36:1-13), only in the absence of male heirs were daughters permitted to recover their father’s estate. Hence, therefore, it is a clear deviation from the law, for Job’s daughter to inherit alongside their brothers.”[5]

David Cline in his commentary on Job partially concurs with Meyer’s interpretations when he states, “females are not usually named in the narratives of the Hebrew Bible unless they are going to be important for the plot, so this notation is out of the ordinary.”[6] Yet, he deviates from Meyers’ interpretation when he concludes, “It does not make the daughters prominent, however, but is another sign of the wealth and status of the patriarch Job.”[7]

It is interesting that Cline believes, “that the more impressive feminist notation of 42:15 that the second set of daughters inherited property ‘along with’ their brothers (a unique occurrence in the narrative world of the Hebrew Bible) is somewhat undercut by the immediately preceding remark that in “all the land there were no women so fair as Job’s daughters’’; it is implied, if not explicitly stated, that their inheritance is not because they are equally with their brothers the offspring of Job but principally because they are beauties.”[8]

In contrast, “some commentators have speculated that their inheritance was a sign of Job’s new great wealth, while others thought it was a sign of a new generosity that came out of his sufferings. Still another has suggested that it was a sign of gratitude for his new family.”[9]

Yet, it is possible for this narrative to be interpreted in one other way that does not minimize the significance of the legacy Job was giving his his three daughters.

This view suggests that their beauty was mentioned to highlight that they did not need to receive an inheritance in order to be taken care of and have a life of economic stability. Their beauty makes it very clear that “Job would have had no problems finding husbands for these exceptional daughters.”[10]

Perhaps then, Job’s decisions were more about his encounter with God and how had it transformed him.

For Job now understood deeper things about the God he worshipped.

He grasped that God creates with an exuberance and inexplicable abandon.

Comprehending that God was “ a power for life, balancing the needs of all creatures, not just humans, cherishing freedom, full of fierce love and delight for each thing without regard for its utility, acknowledging the deep interconnectedness of death and life, restraining and nurturing each element in the ecology of all creation.”[11]

Job’s re-imaging of God led him to consider his life and his faith through a new lens. Where, “throughout his ordeal, Job had learned to go beyond the letter of the Law to the Author of the Law, who in the end did not pay Job wages deserved, but rewarded Job according to His grace.”[12]

Job had been freed from the patriarchal system and a “whole set of social and moral arrangements in which authority resides with the older male.” [13]

His encounter with God had released him from the constraints of previously held social and theological constructs.

So he chose grace. And empowered his daughters by naming them and giving them an inheritance.

A legacy much grander then simple economics and mere beauty.

The father sought to emulate his good and gracious God.  And celebrate his daughters’ innate worth.